*DroneLifestyle focuses on providing information on recreational drones for civilian use. So, as we answer the question “what is a drone?,” we are referring to the types generally classified as a n unmanned aerial vehicle weighing less than 55 pounds.*

What is a Drone? 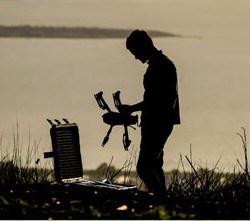 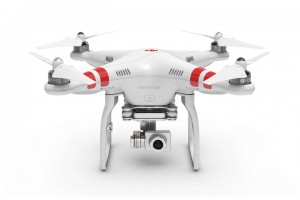 Who Would Want a Drone?

Drone pilots are growing by the hundreds every day. This is because the entrepreneurial and recreational applications that civilian drones provide are endless. Everyone from movie studios to real-estate agents are eager to utilize drones because of the stunning and inexpensive footage they provide. Restaurants are beginning to experiment with delivering food to remote areas, journalists are safely gaining access to dangerous natural disaster zones, and soccer moms are capturing little league games like never before… all because of drones!

And now with the legalization of commercial drone use, things are about to get A LOT more interesting. Soon Amazon will be dropping a pair of pants off at your doorstep. So back to the original questions. Who would want a drone? Ask yourself this, who wouldn’t want a drone? There seems to be a model for everyone… Kids? UDI U818A. Professions? Inspire 1. Hobbyist? Phantom 4. And the list goes on and on and on…

Drones are getting cheaper by the day. You can find a recreational drone for nearly any budget. Certain models start at as little as $50 and can range up to $2000.  It just depends on what your needs are and what you want to use them for.

Are Drones Hard to Fly?

Good news! Most drones are pretty simple to get the hang of. Usually the more expensive a drone, the more capabilities it comes with, and thus the more complicated it can be to fly. That’s why we recommend learning on the Parrot AR 2.0 or UDI U818A, reasonably priced and great beginner drone.

Learning to be pilot is all a part of the drone experience, but it is best to play it safe at first and take baby steps. Start by taking your drone to an open space and keep it low to minimize the damage any crashes. Then work your way to more advanced environments. When we first started flying, we played a “game” we found on YouTube. We drew a circle in all four corners of the driveway. The goal was to take off and land inside the circtle, one at a time. It sounds lame… but it really helps you gain full control over the copter. You get a nice feel for the machine and from there it becomes so simple to navigate.

Why are drones becoming so popular?

Modern drones and quadcopters are much different animals than their radio-controlled predecessors. RC hobbyists have been flying multirotors for decades, but today’s computer software and corresponding data-processing hardware have changed everything. Equipped with this new technology, quadcopters can now stabilize using GPS, fly autonomous routes,  and stream first-person video back to the user.

An example of this open-source software/hardware combination is the PX4 autopilot system. Companies like 3D Robotics have contributed to and utilized this open-source autopilot system to give their drones autonomous flight capabilities. With drones such as the Yuneec Typhoon, you can have the aircraft follow you as you walk with your transmitter. It will hover above you or keep up as you ride down a hill on your skateboard.

Accelerometers measure acceleration and tilt, while gyroscopes measure angular velocity and orientation. These work together to keep the copter balanced and positioned. If you want more specific information on how these sensors work, IntoRobotics provides some solid information.

And here is a cool video of the physics behind gyroscopes:

Camera gimbals are devices that keep cameras steady when a drone is in flight. Without a gimbal equipped drone, any footage you camera captures will be rough and unsteady. But even while flying in bumpy conditions, a gimbal system will work to keep your camera both level and smooth. A quality gimbal system is necessary for anyone serious about aerial photography and videography.

A transmitter simply refers to the remote you use to control your drone. They can vary in size and complexity, but pretty much all of them have two joysticks that dictate navigation (left stick usually controls throttle and yaw, and right pitch & roll), whether it’s on your phone, or a separate handheld device.

Some controllers come equipped with an integrated screen giving you a first-person-view of what the drone’s camera is seeing, but others rely on smart phones that can attach to the transmitter for similar functionality. This is becoming more and more common among all quadctopers coming out

Early drone and quadcopter technology evolved from DIY enthusiasts, who welcomed the challenge of building their own rigs. But these days, with a lot more casual pilots taking to the skies, drones come ready-to-fly right out of the box. New models require minimal setup time and have small learning curves.

Return-to-launch is a safety function that can be seen on most GPS equipped drones. If your drone is properly setup with RTL functionality, then this usually means that any time the connection breaks between the transmitter and the drone that the aircraft will fly itself home and land. RTL can also be automatically enabled when a drone is running low on battery and decides to return home.

Can I use my drone for commercial purposes?

Yes, you can now fly for commerical purposes. Just recently (August 2016), Part 107 went into effect, solving the ongoing dilemma of whether or not it should be legal. There are requirements, but at least you can now freely fly for business purposes! Please see below for more information on Part 107.

How big are drones?

Civilian drones vary in size, but most of the drones you will find on this site are about the size of a basketball.

This is a lengthy topic that deserves much more focus than we can provide on this post. All we can say is that drone pilots should use common sense and be mindful of their surroundings.

What are the Laws for Drones?

Just recently, Part 107 went into effect, setting stricter rules and guidelines in the United States. All drone weighing over 55 lbs and under, must now be registered.

Here are some things that stayed in place (for good reason): 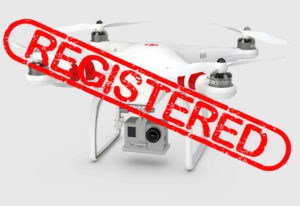 fore this went into effect, you had to be cleared through Exemption 333, This was a very difficult certification process, and primarily reserved for aerial vehicles the size of helicopters. Now sUAV pilots can go through a much more fitted certification process. In turn, this now opens up the sky for commercial purposes, but in a regulated manner. You may have had negative thoughts when first reading about the registration requirements, but when you really think about it, this is a great thing! There are two types of uses: commercial and recreational. Commercial use if for business and recreational use is just for fun (hobby).

If you’re flying for recreational use, you must register your drone. The the process is extremely simple! We can not stress that enough. It won’t take you longer than 15 minutes… So don’t registration tot detur you from having fun. Don’t worry, you’re not getting tested on anything. Just beprepared to pay a $5 registration fee. You’ll be asked to provide a credit/debit card number, billing address, and mailing adress. Once you’re done completing the process, you’ll recieve a unique registration number.

Think of this process similar to a truck driver getting approval by the DMV to transport good using a semi-truck on the highway. The invidividual must prove that they can operate the vehice in a safe and responsible manner. We don’t wan’t sem-trucks causing major accidents on the freeway. Part 107 for commercial users in one in the same.

In order to be eligible for Part 107, you must:

In order to get your licence you must complete various steps such as applying, taking a knowledge test, receiving a background check, and completing forms.

How much is a drone?

Simple beginner drones and quadcopters usually cost anywhere from $30 to $2o0. Although cheap beginner drones sometimes come with a camera, the camera quality will not be very good.

Higher-end drones with cameras capable of shooting HD video (2.7K or 4K) start at around $400. From here, drones meant for professional photography can range up to $2000.

What is the Phantom drone?

You may also be interested in…
Drone Buying Guide