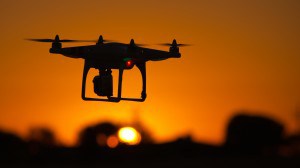 The drone industry is beginning to soar to new heights, no pun intended. More and more people are forced to teach themselves how to fly these machines due to U.S. laws prohibiting commercial use. It takes a lot of practice and patience to master the art on your own, but if you stick with us we will lead you and your drone to victory. We can help you with everything from purchasing the right one to learning how to fly your first drone. There are a lot of brands. There are a lot of laws. There are a lot of techniques. We will tell you everything we wish we knew when we first started.

Let’s go over the basics before you learn to fly a drone. There are several different types of drones. Some are used for military purposes (complex and expensive) while others are simply used for recreation (simple and inexpensive). In recent years the two have been fused together to create the perfect flying machine. These are known as quadcopters.

There are four motorized arms with propellers attached to the end of each. Two rotors spin clockwise while the other two spin counterclockwise simultaneously. Unlike the drones of the past, the quadcopter can carry a HD camera for still photography and videos. They are also equipped with crash-avoidance systems and GPS. We absolutely love flying these quadcopters. Once you go drone, there’s no going home.

The quadcopter is our favorite vehicle to fly because it captures unbelievable FPV footage from an aerial view. This machine is built for stability so the camera remains still and produces some amazing photography.

There are a few advantages to flying a quadcopter. Compared to the traditional mini-airplanes or helicopters of the past, these machines are much easier to purchase ready-to-fly and repair. They also cost less to do so. Crashing this aircraft could set you back $5 – $15 as opposed to $20 – $60 with the helicopter. Odds are you are going to crash your drone a few times. Don’t worry; this is completely normal for beginners. 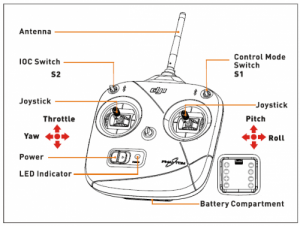 Before flying, it’s important to learn the input commands on the controller. Let’s take a look at the picture to the left. The left joystick controls the throttle and the yaw. Pushing up on the stick will cause the craft to gain altitude as it increases power. Pushing the stick left or right will cause the craft to face left or right accordingly. I recommend messing around with this stick first. That way you become comfortable with moving the craft up and down. You must master this motion before you begin steering in different directions. The right joystick controls the pitch of the aircraft. Pushing the stick up will increase the rear prop speed, which will lift the rear of the craft causing it to move forward. Pushing the stick down causes the craft to move backwards. Pushing left and right causes the craft to pitch and move in the specified direction.

Definitely start off in a park or a big open area with soft ground. The morning is the best time to fly because there isn’t much wind and there’s less sun blocking your vision. It’s important to avoid distractions like listening to music or texting. Avoid flying near people, objects, or animals. You don’t want to get your copter stuck in a tree or accidentally hit a person or animal. If you ever land too close to an object, just pick up the copter and move it to an open area.

To begin, make sure your copter is facing away from you. This makes it much easier to maneuver. The controls can become confusing if the drone is facing you since the controls will be reversed. Next, check your controls. Fly about 3 inches off the ground. If the copter falls over and starts rotating uncontrollably then the gyros are reversed. Most of the drones we will be discussing come ready to fly, so you won’t have to worry about this.

Next, you want to throttle up about 10% and get a feel for the controls. Pay attention to how sensitive the controls are. If you begin to drift too fast, throttle down immediately. This is much safer than trying to correct the flight since you might lose control.

Now you can try flying at a higher altitude. Move up to about 3 or 4 feet. You’ll see it’s now much easier to fly. Practice hovering and landing in designated spots. For example, try flying from one patch of grass to another. This will improve your maneuvering and landing skills.

After you master the art of hopping (flying from spot to spot) when the copter is facing away from you, try it again but this time, facing the other way. Like I mentioned earlier, the controls will be reversed. Try not to get confused. When you turn the copter right on the controller the copter will drift left.

Follow these steps and you’ll feel much more in control on your next flight. Before taking your first flight, make sure you also review legality below. It discusses the current state of laws and regulations surrounding recreational drones. 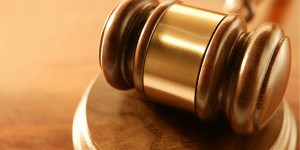 Be extremely careful when flying your drone! There has been a lack of transparency due to the fact that there are no federal statutes, regulations, or case laws concerning RCMA (Radio-Controlled Model Aircraft). Let’s go over some basic information you need to know before operating a drone.

When flying you must be at least 5 miles away from any airport and below 400 feet in the air. These areas are closely regulated by the FAA (Federal Aviation Administration). Failure to follow these rules could result in arrest and you could potentially face criminal charges. Recently two men in Manhattan were flying their DJI Phantom near an apartment building. They noticed a police helicopter trailing their vehicle so they flew their drone away from the helicopter and brought it down to land. The officers claimed the vehicle had ascended 2,000 feet in the air and came close to the aviation unit, causing it to veer off its original path. That’s when they got on their radio and notified ground units. The two men argued that they were flying below 400 feet and the NYPD helicopter was actually following their drone. Regardless, both men were arrested and now face charges of reckless endangerment.

There are a few more important things to know. Your drone must be in your sight at all times. National Parks are restricted fly zones to protect wildlife. Private property of others is off limits for obvious reasons. Commercial use is illegal. You can also face charges such as reckless endangerment if the drone falls out of the sky, or unlawful surveillance if you invade someone’s privacy (don’t be a pervert).

More and more people are learning to fly drones themselves because, as mentioned earlier, it is illegal to hire someone else to do the job for you. Drones cannot be used for commercial purposes. However, the FAA does allow some of these flights on a case-by-case basis. Some examples that would require FAA approval include using drones for real estate photography, wedding photography, and making deliveries.

Nothing becomes illegal simply by a government agency claiming it to be. It must be stated in our bodies of law. However, the FAA still does all it can to enforce such regulations, going as far as sending out cease and desist letters to scare people away from operating commercially. These letters are currently meaningless because there are no official laws to back them up yet. Talk about future laws

There has been a lot of controversy on the other side of things as well. Law enforcement has been able to use drones for surveillance, to the dismay of many civilians. Some people are arguing that this violates their right to privacy. Others believe it’s unfair that law enforcement can use it as a part of their job (commercial use). However, there are a few rules in place and many states have worked to curtail law enforcement’s use of drones.

So there you have it. Make sure to stay away from National Parks, airports, and private property. Don’t fly above major cities or heavily populated areas and make sure to stay below 400 feet. Be aware of your state laws and regulations. If you stick to this list of rules you’ll be good to fly!